If you're thinking of buying a house, we have the mortgage that is best for you.
More information
Branches and ATMs BBVA Newsroom
Access Access
Become a customer

We'll show you what the most important items are when calculating and paying salaries.
Whether you are a business owner, an accountant or an employee, it's important to know the factors that go into calculating a paycheck. This is a legally valid document that details the withholdings and the take-home pay that the worker receives based on the items detailed in the General Accounting Plan. If you want to know more about how a salary is calculated and posted, read on.
Top Banner Fee-Free Accounts Top Banner Fee-Free Accounts

Posting employee salaries is an expense that is reflected in the Accounts Table of each company's General Accounting Plan. The General Accounting Plan is a mandatory document that provides a standard description of the accounting status of a company and which details its annual accounts. The annual accounts, in turn, are shown in the account tables, which contain in 7 different groups the items corresponding to expenses and income, assets, liabilities and net equity.

Items for calculating a paycheck

Both the payment of salaries and the contributions that the company must pay as part of payroll payments are in "Group 6: purchases and expenses," of the General Accounting Plan. The expense accounts used to calculate these items and to be able to post the salaries are as follows:

When doing the standard posting of a payroll entry, first, Account 640 is considered, that is, the gross salary that corresponds to the worker and the expense that entails for the company. However, the gross salary is not the total amount the employee receives in their paycheck, since certain amounts are deducted in account 640, such as Social Security contributions and income tax withholdings, which the company pays on behalf of the worker by withholding these items from the paycheck.

These amounts that the company pays on behalf of the worker are listed in "Group 4: Creditors and debtors for commercial transactions" of the GAP. The mandatory contributions that the worker has to pay to Social Security are shown in "Account 476. Social Security organizations, creditors," while Personal Income Tax withholdings are shown in "Account 4751. Revenue Service, withholdings payable."

The difference between Account 640 and the sum of Accounts 476 and 4751 is what the company must pay the worker. This amount is shown in "Account 465. Outstanding remunerations." When posting the payroll, it is important to realize that it is obligatory to make a 465 account for each worker, since the salary received by each worker is different and must be reflected accurately in the company's accounting plan. Accordingly, the accounts will be listed following the pattern 465.1, 465.2, 465.3, etc., until the total accounts equal the total number of workers in the company. 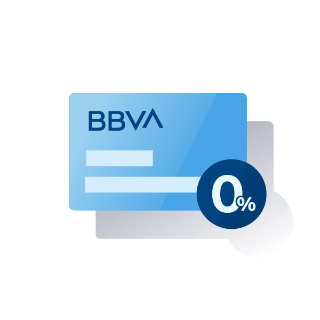 BBVA is not liable for the content, truthfulness, accuracy, adequacy, integrity or timeliness of the information included in the articles, which were prepared by third parties external to BBVA. The article is for information purposes only. It is not binding or compulsory and it does not constitute a commercial offer or contractual commitment on the part of BBVA.