Manage your accounts and cards, sign, contact your adviser, directly debit bills. Everything from your cell phone.
More information

How is it taxed?

The contributions you make to your pension plan during the year will be deducted from your personal income tax base, up to the lesser of the following amounts: €2,000, or up to 30% of your net earnings from work and economic activities. These conditions are valid for people living outside the Basque Country and Navarre.

This chart shows that for every €1,000 contributed to your plan, you can save up to €240 on your next income tax return. When calculating your taxes, we take into account the marginal Personal Income Tax withholding rate (24%). 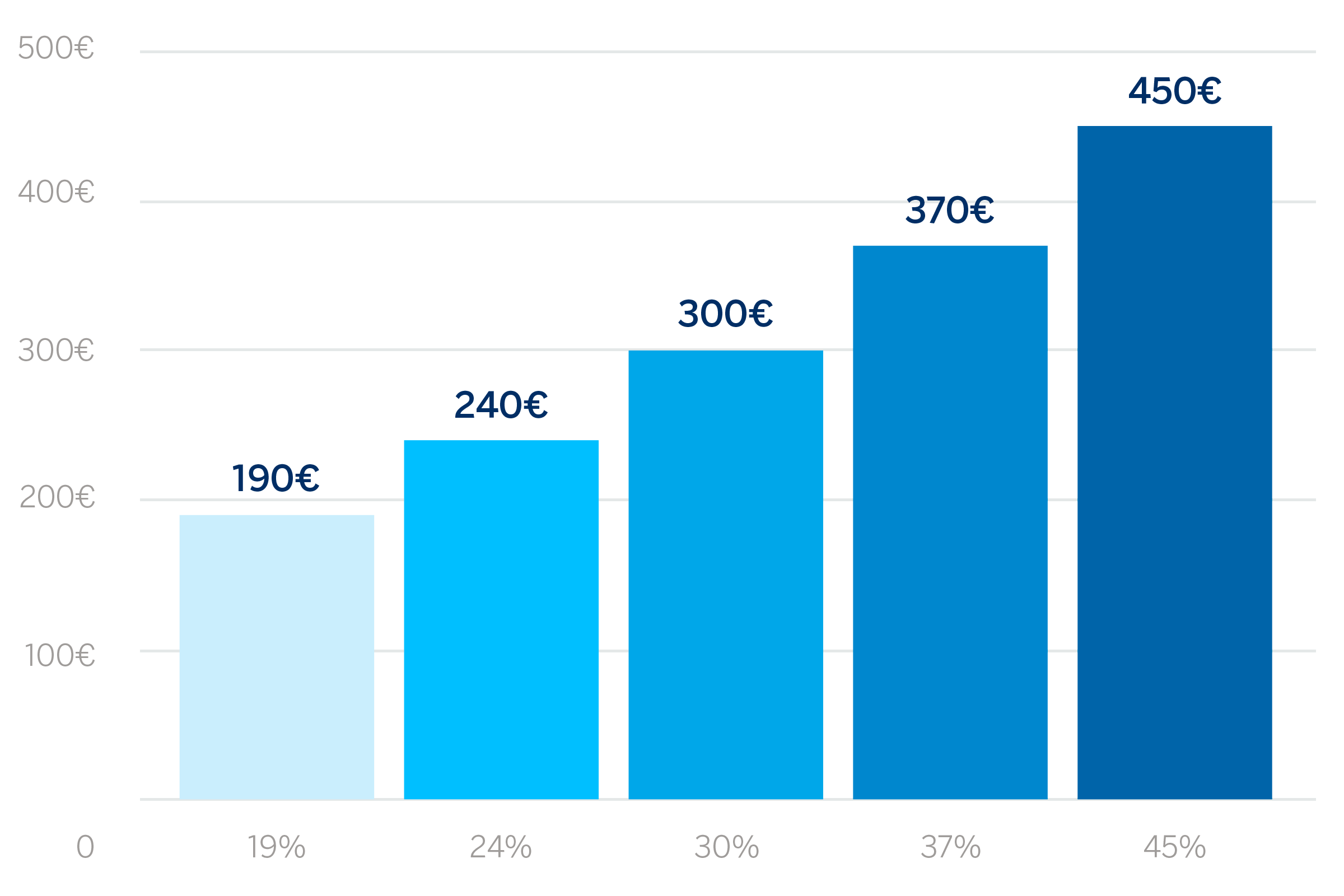 Is it possible to recoup your money before retirement?

There are other specific circumstances in which you can also redeem the investment before retirement: in cases of unemployment, disability, dependency or severe illness, among others. Ask us about the best way of doing it.

What is the maximum amount you can contribute each year to a pension plan?

If you want to know the maximum amount you can contribute to a pension plan in one year, this article here has all the information you need.

What is the deduction?

The deduction is the reduction in the taxable income base for Personal Income Tax purposes, which results in savings that will depend on the marginal rate of each customer. Starting in 2016, contributions made to pension plans can be deducted from the taxable base for personal income tax (IRPF) for an amount up to 2,000 euros, limited to 30% of the net income derived from work and other economic activities.