A fundamental distinction when taking out insurance.

According to the current legislation, every owner of a pet, whether a dog, a cat, or any other, is liable for any damage caused by the pet, whether it is personal injury caused by an animal attack, the spread of disease, or damage to property. In certain cases, there is also a legal obligation to take out public liability insurance that covers these damages to third parties and ensure that the victim always receives compensation, regardless of the circumstances of the animal's owner. If you want to know which dogs need compulsory insurance, read on to find out all the details.
BBVA INSURANCE superior banner BBVA INSURANCE superior banner

Legal liability and the registry of potentially dangerous animals

The legal liability assumed by the owner of an animal not only covers the status of the pet under his or her guardianship, but also covers the animal in the event that it escapes or becomes lost. The owner has "legal custody" over the animal and is responsible for any damage that it may cause.

To identify those legally responsible for the behavior of the most aggressive animals, Spanish legislation has implemented the creation of municipal registries for potentially dangerous animals, which keeps track of animals (duly registered under the guardianship of their owners) that could represent a danger to the community. This registry includes the owner's personal details, the characteristics of the animal, and its usual place of residence. In this way, any incident related to the animal can be attributed to its owner, who has legal responsibility for the dog's behavior. Since a dangerous animal may cause serious injury, the compulsory insurance guarantees payment of any possible compensation to the affected people.

Compulsory insurance: the case of the Community of Madrid and the Basque Country

Since the Autonomous Communities have the power to create regulations for the well-being of their citizens, some such as Madrid and the Basque Country have approved legislation that requires owners to take out public liability insurance for all dogs, regardless of whether they are registered or not as dangerous. This insurance allows the owner to take legal responsibility for the animal's actions affecting third parties or private or public property. Compulsory insurance guarantees the peaceful coexistence of animals and neighbors and prevents future legal conflicts around community needs.

In communities other than Madrid or the Basque Country, autonomous governments have developed their own regulations to establish which animals are considered potentially dangerous and are consequently subject to the compulsory registration and insurance policy. Although the breeds of dogs included in this list vary between autonomous communities, all of them cover, at minimum, the eight breeds provided for in Royal Decree 287/2002, implementing Law 50/1999 on the legal framework for keeping potentially dangerous animals. The dog breeds considered dangerous throughout the entire country are the Pit Bull Terrier, the Staffordshire Bull Terrier, the American Staffordshire Terrier, the Rottweiler, the Dogo Argentino, the Brazilian Mastiff, the Tosa and the Akita. Other breeds that may be considered dangerous, depending on the autonomous community, are the Perro de Presa Mallorquin and Perro de Presa Canario, the Doberman, the Dogue de Bordeaux or the Neapolitan Mastiff.

In accordance with Annex II of Royal Decree 287/2002, any type of dog that has characteristics such as: a powerful appearance; musculature that is larger than the average for their breed or considerable vigor or strength; aggressive character; high value; or a wide, strong and short neck, among others. Specifically, any dog that measures more than 70 cm, weights over 20 kilos, or has attacked people or other animals will also be considered as "potentially dangerous." 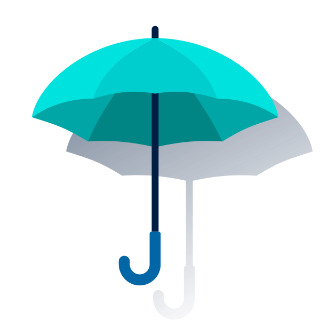 All owners of dogs falling under the category of potentially dangerous animals, regardless of the autonomous community where they live, have the obligation to take out public liability insurance for damages to third parties covering no less than one hundred and twenty thousand euros, or the amount established by the corresponding autonomous community's legislation.

In short, pet insurance protects potential victims of dangerous animals from attack against their person or property. Together with other obligations that owners of these animals must meet, it also serves to guarantee peaceful coexistence between animals and people.

If you need to take out an insurance policy for your dog, visit bbva.es and learn more about our pet insurance solutions that go far beyond compulsory public liability insurance. Discover our veterinary coverage offering an additional 24-hour advisory service and take out the perfect insurance to guarantee your pet's well-being.