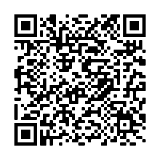 End of the Q1 earnings season

It wasn't all good news on the pandemic front. We must once more reiterate that the major advances we are seeing in the global health situation thanks to vaccinations are primarily limited to developed countries, while some countries that are not in this group are being ravaged by COVID-19. We still think that the virus will be eradicated everywhere thanks to vaccinations, even in regions where the current availability of vaccines is clearly insufficient at this time. It's not a question of whether it will happen: it will happen; but when.

From the point of view of the economy and markets, the focus is not on the pandemic, since the groundwork for its eradication has been firmly established, but on the threats of inflation and the consequences of falling cryptocurrencies. As for economic growth, the recently published indicators are leaving behind a positive impression, although we like to remind our readers that clear signals are the exception in the economy.

Last week was one of transition, with no major movements in either equities or fixed income. In equities, experts are somewhat perplexed by the low impact that the excellent earnings season for the first quarter of the year had, a season that not only beat expectations, but that also led to revised expectations for 2021 and even 2022. We think that even though it didn't act as a catalyst for new increases, it has at least helped consolidate the current levels.

It was a week of transition for fixed income, with no major movements in the United States or Europe, following the strong tension brought on in recent weeks by inflation fears. This peace of mind was no doubt brought about by the minutes of the last Fed meeting, which helped soothe concerns regarding the recent rise in prices. With regard to these, we think that prices will be above the targets of the central banks, the 2.0% common to the Federal Reserve and the European Central Bank, in the United States this year, but not in Europe, although they will get there eventually. The transience of this recent recovery is due to the logical consequences of the return to normal, where the previous social distancing rules are not needed to preserve public health.

There were also no major movements in currencies, except for the dollar's continued weakness against the euro. One area that did see variations was raw materials, and for different reasons; oil fell back on the news that there could be an agreement with Iran, which would significantly increase supply. And gold advanced after the drop in cryptocurrencies.

We reiterate our position, which favors equities and underweights fixed government bonds, a position that we believe is appropriate in view of the flurry of news we are receiving.

In short, even though the pandemic remains a burden for the world's population, great progress is being made in the most economically relevant areas thanks to vaccination. The economic figures remain good, although there have been disappointments in some cases. The results for the 1Q21 season were frankly brilliant, and served to underpin the current price levels. We remain cautious with fixed income due to the threats of inflation, even though there were no major movements last week. We're keeping our position.