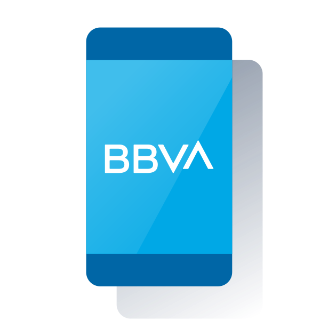 Do you want to work with robots? This is what you need to study

Although it would have been unthinkable just a few years ago, today those old science fiction movie tropes seem to have become a reality. We are referring to the famous development of robotics and, most of all, to the popularization of this type of machine in areas that go beyond industry and that continue to grow.

So much so that this is an excellent area of study with a very promising career outlook. However, knowing what you have to study to specialize in one area is not a simple matter. We review a selection of useful undergraduate degrees, Master's programs and courses.

Things to keep in mind

The first thing you should know is that, as in any other discipline, it all depends on which branch you study. That is, a robot can serve very different purposes (humanoid, designed for business purposes, etc.) and involves the fields of design, electronics, hardware and software. The crux of the matter will be which one you want to focus on.

For example, industrial robotics focuses on the construction of machines that carry out mechanical and repetitive tasks, while service robotics deals with those that perform useful tasks for society. The disciplines of humanoid and intelligent engineering seek to develop robots with reasoning ability and capable of mimicking the characteristics of human beings, respectively. And software robotics is responsible for writing programs that can analyze documents to look for contents and patterns.

Moreover, and regardless of which one you choose, you will more than likely have to pursue a Master's degree to specialize in what you like, not to mention that each curriculum is different. You should thus consider your options carefully beforehand, lest a bad choice discourage you. That said, these are some options.

For those who are entering university, the most complete alternative is a Degree in Electronic, Robotic and Mechatronic Engineering, a relatively recent major that covers issues such as the design of electronic devices, communications support in companies, systems modeling and simulation, building robots for industrial purposes and the maintenance of electronic and robotic systems and equipment.

To give you an idea, mechatronics combines four types of engineering: Electronic, Mechanical, Computer and Control Engineering. In general terms, it deals with areas such as automating machinery, creating intelligent products, and standardizing different electronic and mechanical components. In addition to robotics, it can be applied to other fields such as the automation industry, the pharmaceutical industry, automobile, textiles and others.

The Degree in Electronic and Automation Industrial Engineering is a little less specific, and provides students with the knowledge necessary to develop systems that improve industrial processes, not only from the point of view of robotics, but also from the automotive, medical and other industries.

The development of robotic systems is typically covered in the second half of this program. Control and automation systems, electronic and industrial systems and engineering involved in the maintenance of facilities of this type are other areas of interest. It also covers systems modeling and simulation, virtual instrumentation and applied mechanics.

If you want to have a more varied range of possibilities or would simply like the option to choose other alternatives, the latest Telecommunications courses include subjects on robotics. It's a similar story in Electrical and Mechanical Engineering.

If you want to work with software, you can major in Computer Engineering, which includes courses on industrial robotics and similar subjects. These are degrees that provide a perfect lead-in for specific Master's courses without any problem.

Get a specific Master's degree

One of the most useful alternatives on this list is to get a Master's degree. Here, too, there are several possibilities. Some focus on robotics and automation, but some also lead to specialization in cybernetics and mechatronic engineering. And although this third point is clear by now, the same is not true for the first two.

The field of robotics and automation focuses on trends in industrial robotics and services - the part in which machines carry out useful tasks for humans in more everyday environments - and also addresses the applications of mobile robotics. The approach is rather practical and requires having studied Industrial Engineering, Telecommunications, Computer Science, Industrial Technical Engineering or similar beforehand. You can get an idea with the study plans at UC3M.

Cybernetics studies and applies the automatic communication and regulation systems of humans and applies them to those mechanical and electronic systems that resemble human systems. It is the perfect branch for those who are thinking of "manufacturing" humanoids. Master's degrees in cybernetics and robotics tend to include automation, biomedical engineering, micro-robotics, telerobotics and autonomous robots. They also have subjects on virtual and augmented reality, nanotechnology, system modeling and mechatronics.

Within the field of robotics, and after getting a degree in Electronic, Robotic and Mechatronic Engineering, it would be beneficial to get a master's degree in Mechanical Engineering, Environmental Engineering, Electrical Energy Systems and the like, depending on the preferred field.

Courses on Artificial Intelligence, introduction to Robotics and the like

For those who love programming, there are many courses on Artificial Intelligence, a branch that is directly related to robotics and the "brain" of these machines. Online robotics and introductory robotics courses are also widely accepted and don't require advanced existing knowledge.